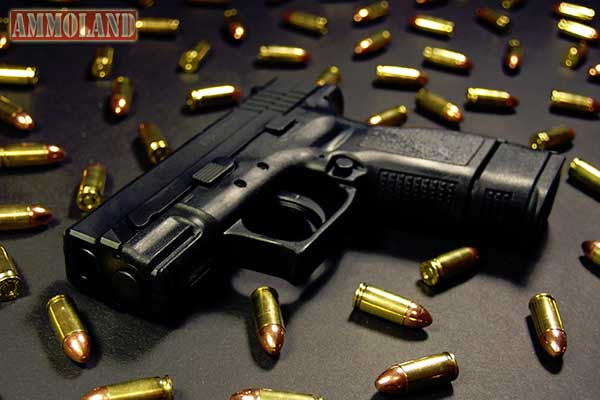 Washington DC - -(Ammoland.com)- The U.S. Postal Service is now the latest federal agency to announce plans to acquire “assorted small arms ammunition.”
To be fair, it has probably acquired ammunition in the past, as it contains within itself the armed United States Postal Inspection Service. But the newly posted solicitation for “assorted small arms ammunition” comes on the heels of millions upon millions of rounds of ammo purchases by other federal agencies.
Over the last two years, these ammo purchases have contributed to a consumer-side buying frenzy that drives prices through the roof and diminishes supplies.
In August 2012, Business Insider reported the National Oceanic and Atmospheric Administration (NOAA) was requesting 46,000 rounds of “mostly hollow-point” ammunition for agents operating under its auspices.
On March 6, 2013 Breitbart News reported that a large portion of the Department of Homeland Security’s (DHS) “1.6 billion round stockpile” of ammunition was 9mm–a very common civilian round. At the time of our reporting, DHS was adding 20 million more rounds.
On April 8, 2013 Breirtbart News reported that the resulting demand had ammunition manufacturers working 24 hours a day to try to keep up. At the time, Hornady manufacturing said it was not the government orders but the subsequent “politically-induced buying panic” that was stretching production to its limits.
Newsmax reports that the Department of Agriculture requested 320,000 rounds, and the “FBI separately sought 100 million hollow-point rounds” along the way as well.
Now that the U.S. Postal Service is soliciting ammunition on top of this, will a “politically induced buying panic”seize the public again?
Follow AWR Hawkins on Twitter @AWRHawkins.
About:
AWR Hawkins writes for all the BIG sites, for Pajamas Media, for RedCounty.com, for Townhall.com and now AmmoLand Shooting Sports News.
His southern drawl is frequently heard discussing his take on current events on radio shows like America’s Morning News, the G. Gordon Liddy Show, the Ken Pittman Show, and the NRA’s Cam & Company, among others. He was a Visiting Fellow at the Russell Kirk Center for Cultural Renewal (summer 2010), and he holds a PhD in military history from Texas Tech University.
If you have questions or comments, email him at awr@awrhawkins.com. You can find him on facebook at www.facebook.com/awr.hawkins.
http://www.ammoland.com/2014/04/u-s-postal-service-joins-dhs-social-security-admin-noaa-in-ammo-purchases/#
Posted by Foxmuldar Blog at 2:57 PM