Israel to Go 'Deep Into Lebanon' in Future Hizballah Clash

IPT The Investigative Project On Terrorism 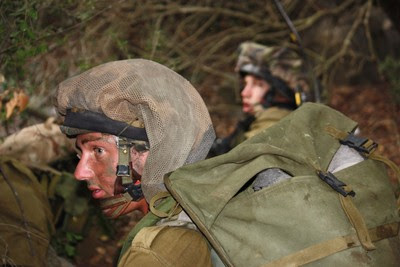 Hassan Nasrallah, leader of Lebanese terror organization Hizballah,announced in recent days that he does not seek conflict with Israel, but quickly added that in the long-run, armed conflict with Israel was the only path forward.
Nasrallah's stated aversion to a clash with Israel is deceptive, and stems from his organization's deep involvement in Syria's civil war on behalf of dictator Bashar al-Assad's regime. It also is an attempt to placate a concerned Lebanese public.
In reality, Hizballah, despite its intervention in Syria and resulting challenges at home (which include retaliatory bombings by al-Qaida-affiliated groups), continues to prepare for war with Israel on a daily basis.
It is building up an arsenal of surface-to-surface rockets and missiles that has surpassed 100,000 projectiles, according to Israeli intelligence estimates.
"This is a disappearing enemy, which has set up its infrastructure in closed, built-up areas, to limit Israel's fire power. It has massive numbers of missiles and explosive devices," a senior Israeli army source, who asked to remain unnamed, said in a recent briefing.
In light of Hizballah's ability to rain down many thousands of projectiles on Israeli cities, and to target national infrastructure sites like ports and power plants, the IDF General Staff has already concluded that it cannot rely on air power alone to extinguish this threat.
A ground offensive, backed by air power, is the combination the IDF believes will result in a speedy Israeli victory and produce the required amount of damage to Hizballah to convince it to cease fire. Military officials made sure that Hizballah is aware of their intention to respond forcefully in a future clash, as part of a deterrence message.
Hizballah's tactic of hiding most of its combat assets in civilian, built-up Lebanese areas presents a formidable challenge to Israeli intelligence agencies. They are mapping out future targets that ground forces (and the air force) will have to strike.
"A ground maneuver is our strategic advantage," the senior source stated. "It will have to be deadly, defensible, network-based, and flexible. We'll need to adapt our firepower to the changing battleground. It's clear to us that a ground maneuver is what will shorten a war, and without it, conflict will drag on. The Israeli home front would be exposed to massive, unprecedented daily barrages of rockets [for a prolonged period in the absence of a ground war]."
As part of its preparations to tackle Hizballah directly on its home turf, the military is working on a number of upgrades to its capabilities. Prominent among these is an effort to create a digital network that integrates the three branches – air force, navy, and ground forces – as well as military intelligence, so that they can share data in real time during combat. Signal and visual intelligence can reach field commanders, enabling them to know where new targets are located as soon as they are discovered. Then, the various forces can coordinate their fire power. A tank gunner, for example, will see a target as it is seen by a fighter jet pilot.
Within the ground forces, several additional upgrades are under way that touch on battle doctrines, weapons systems, training, personnel, and military infrastructure.
The revised combat doctrine being prepared by ground force planners calls for the injection of units deep into enemy territory. It also calls for developing new techniques for urban warfare, and the destruction of Hizballah's assets, such as tunnels and fortified command posts.
The doctrine also looks at how an infantry company can most effectively enter a civilian building from which rockets are being fired at Israel and destroy the rocket launcher.
One change underway is designed to provide the IDF's territorial divisions with greater autonomy. If war breaks out in Lebanon, the army's Gaza Division will be free to make independent decisions on how to deal with violence there, freeing up the General Staff to focus on the northern front.
Changes are also taking place in the realm of weapons systems. Officials from the ground forces are converting 40 percent of artillery shells into precision shells that can accurately strike specific buildings from 40 kilometers away – a 150 percent increase in range from the older shells.
The IDF is in advanced stages of choosing a new standard artillery gun, which is expected to have a rate of fire 16 times higher than the older guns.
This technology means that a battalion commander on the ground who identifies threats in a Lebanese village dozens of kilometers away does not need to call in the air force and wait. He can immediately direct precision artillery fire at a building of his choice.
To that end, field intelligence capabilities are also being improved.
Finally, training for reserve soldiers, which had been reduced in 2013 and 2014 due to budget cuts, is set to return to normal levels in 2015.
These are some of the measures that will persuade Hizballah to end a confrontation with Israel, say army chiefs. It's also possible that these capabilities are helping to deter Hizballah from opening a front against Israel at this time.
But deterrence is temporary, as the past three Hizballah border attacks on Israel have demonstrated, and future miscalculations could snowball into a conflict at any time.
"As we prepare the ground forces for the future, we also have to be ready for a conflict that can break out today, next week, or in months or years," the source said.
Yaakov Lappin is the Jerusalem Post's military and national security affairs correspondent, and author of The Virtual Caliphate (Potomac Books), which proposes that jihadis on the internet have established a virtual Islamist state.
http://www.investigativeproject.org/4336/israel-to-go-deep-into-lebanon-in-future
Posted by Foxmuldar Blog at 3:48 PM