Probably many of you will remember the beautiful fairy tale about three little pigs, in which they build their own homes to protect themselves from an attacking wolf. What to say -- it's a great story, as well as a great cartoon produced by Walt Disney, although his work is itself a fairy tale, banned in many Islamic countries.

We will gather the courage to tell this tale in a new way. Why I am doing this you will understand as you read the article. 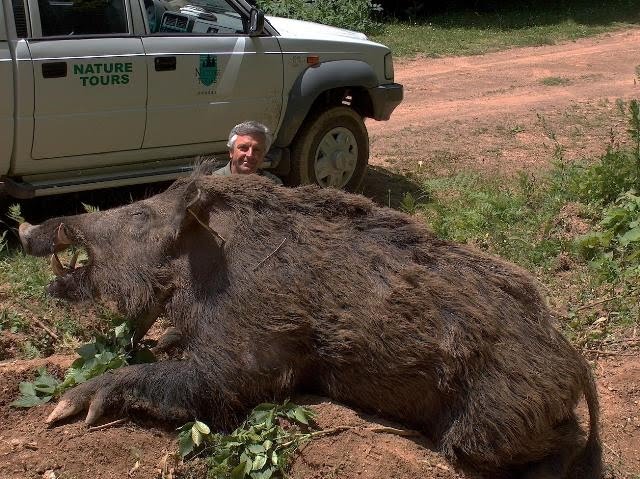 There lived a pig. His name was Recep Tayyip. He ruled his flock of pigs and wanted to take over a large pasture to subjugate others in the same way. He wanted to become the ruler of all the pigs. He thought that that pigs were smarter than humans, and able to deceive them.

He had a brother, Mahmoud; he also ruled a herd of pigs. These pigs were more like wild boars. They were more aggressive, attacking groups of people and threatening to destroy their world and leave only one world: a world of pigs.

There was another category of pigs: wild pigs, scattered around the world. These pigs opposed all people and wanted to turn them into pigs -- all those who opposed their destruction.

They had a lot of leaders. One of the most famous was our third pig, named Osama, but he was killed by hunters.

All clear? Pigs against people. Pigs' manners and customs against human ones.

Mahmoud began to build himself a nuclear bomb, something would give him protection from hunters. He knew that people would come for him, and he would be held responsible for many of the pigs' actions.

Recep Tayyip and the others knew that although it was the era of pigs, it would end quickly, and he, too, would have to answer for the pigs' actions and deeds of his ancestors.

In the original fairy tale, the pigs built a stone house in which all three little pigs were able to hide from persecution and be saved. But they were small, helpless, pink pigs, and I, like probably many of you, was worried about them when I first heard the story as a child.

In this fairy tale, it's different. But despite this, for some reason, in our tale, people give ample time to Mahmoud and Recep Tayyip and other haters of people, so that Mahmoud can build a nuclear bomb and hide behind it. And yet all the while, other pigs are threatening and killing people. The pigs, of course, are Islamic jihadists. They're preying on people everywhere. Other Muslims are not stopping them. Infidels right now seem mostly to lack the will to stop them.

But I can assure you, despite all the difficulties, that to be informed is to be forearmed, and hence protected. And you, our faithful readers, are always protected.

Posted by Joseph Zaalishvili on January 7
Posted by Foxmuldar Blog at 6:53 AM