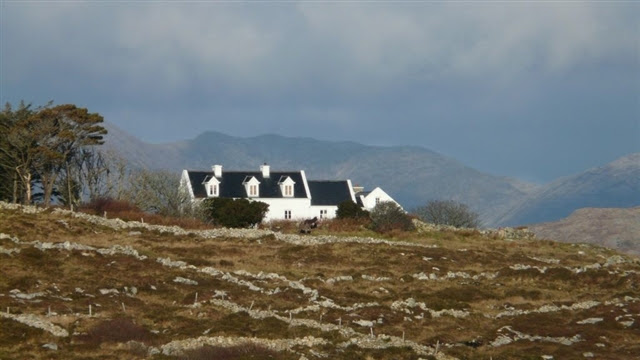 Like millions of Americans, Delaware Republican Senate nominee Christine O'Donnell has had trouble covering her mortgage and other bills over the years. Her opponents consider this a scandal of disqualifying proportions.


But there's a bigger disgrace: It's all the sanctimonious Democrats who have exploited their entrenched political incumbency to pay for multiple manses and vacation homes — while posing as vox populi.
Why no outrage about Sen. Chris Dodd's two VIP loans from subprime lender Countrywide or the deal he worked for this Irish "cottage"?

Former senior senator from Delaware and current Vice President Joe Biden has a custom-built house in Delaware's ritziest Chateau Country neighborhood. It is now worth at least $2.5 million and is the Bidens' most valuable asset.

Biden tapped campaign funds to pay for his compound's lawn needs. He secured the new estate with the help of a corporate executive who worked for Biden's top campaign donor, credit card giant MBNA.

In 1996, Biden sold his previous mansion to MBNA Vice Chairman John Cochran. The asking price was $1.2 million. Cochran forked over the full sum. Biden then paid $350,000 in cash to real estate developer Keith Stoltz for a 4.2-acre lakefront lot. Stoltz had paid that same amount five years earlier for the undeveloped property.

Stoltz told the Wilmington News Journal "the residential real estate market was soft" at the time he sold the land to Biden. But "soft" for whom? Stoltz was a well-off businessman who didn't appear to be in such dire financial straits that he needed to unload the property quickly in a weak market.

Reporter Byron York looked at comparable properties in Biden's neighborhood and found three cases where homes in the area went "for a good deal less than their appraised value. In comparison, it appears Cochran simply paid Biden's full asking price."

To be clear, no laws were broken. These arrangements were simply a continuation of Biden's decades-long, Beltway business-as-usual relationships with a deep-pocketed corporate benefactor — which, by the way, later hired his son.

Senate Banking Chairman Dodd received two discounted loans in 2003 through Countrywide's VIP program. He borrowed $506,000 to refinance his elite townhouse in Washington, D.C., and $275,042 to refinance a home in East Haddam, Conn. Countrywide helpfully waived fractions of points on the loans. The lower interest rates could have saved Dodd a combined $75,000 during the life of the 30-year loans.


Dodd had known about the preferential treatment on his loans since 2003, yet continued to deny he was treated like a VIP, refused to acknowledge wrongdoing and encouraged government-sponsored mortgage enterprises Fannie Mae and Freddie Mac to invest in Countrywide's risky loans.

Not content with two shady home deals, Dodd got in on a real estate scheme for an Irish cottage and nearly 10 acres of land with William Kessinger, a businessman tied to his close friend, insider trader Edward R. Downe Jr. Downe had pleaded guilty to tax and securities law violations and was banned for life from the business.

In 2001, Dodd helped Downe obtain one of the treasured presidential pardons on Bill Clinton's last day in office.

A year after that, as Irish real estate went through the roof, Dodd bought Kessinger's share of the estate at a discount. He failed to include the obvious quid-pro-quo gift on Senate disclosure forms: Help a crooked friend, reap a cut-rate real estate deal.

Then there's President Obama's own $1.7 million Chicago manse — which was financed with a discounted mortgage from Northern Trust and infamously included a shady land swap with a convicted felon, donor/developer Tony Rezko.

A report released by the Federal Election Commission in February 2009 underscored that the Obamas received reduced loan rates (saving $300 a month, or $108,000 over the life of a 30-year loan) because of their high-profile positions.

Northern Trust offered the super jumbo loan to the Obamas in anticipation of entering "long-term financial relationships" with the successful couple. The FEC refused to call the Obamas' mortgage deal an illegal corporate contribution, but it was an obvious act of favor-trading. Northern Trust employees had contributed $71,000 to Obama since 1990.

GOP candidates like Christine O'Donnell, who have weathered personal financial troubles, have a lot more in common with the 14 million Americans underwater on their mortgages than these privileged Beltway boys. Perhaps fat-cat Democrats in crony-funded houses should put down their stones.
Posted by Foxmuldar Blog at 3:16 PM