Morons at TSA seize a cupcake 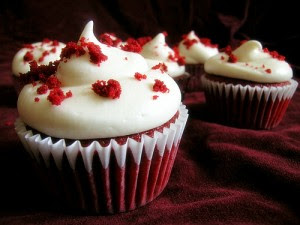 Just when you thought things could not get any worse forAmerican travelers....

Hains, a teacher, said the cupcake was a gift from one of her students. She was traveling with her husband and toddler, and thought her young son might get hungry on the long trip home.

The cupcake was packaged in a glass container with a metal lid, which was why it attracted the attention of the scanner in the first place.

The TSA agent didn’t know what to do with the cupcake, so she called over her supervisor, Hains said.

“The TSA supervisor, Robert Epps, was using really bad logic – he said it counted as a gel-like substance because it was conforming to the shape of its container.”

“We also had a small pile of hummus sandwiches with creamy fillings, which made it through, but the cupcake with its frosting was apparently a terrorist threat…I just don’t know what world he was living in,” said Hains, speaking of the TSA officer.

Morons. It's long past time for the US (and other countries) to implementIsraeli airport security. Of course, if that happened, TSA would have to fire much of the current staff and hire people who pass intelligence tests instead. That won't happen while Obama is in office.

I wonder whatever happened to the cupcake? Did one of those fat TSA agents eat it?
http://israelmatzav.blogspot.com/2011/12/morons-at-tsa-seize-cupcake.html