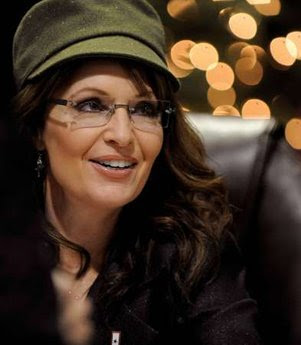 At the Gridiron Dinner in Fairfax Va. Sarah Palin was the star attraction. Here's the quotes I really enjoyed.

On Obama and Joe Biden:

As for the president, Palin joked that she was looking at a magazine cover of Obama and Chinese president Hu Jinato during an airplane flight. A nearby passenger stated, "Hu's the Communist," she related. And, Palin said, "I thought he was asking a question."
If the election had turned out differently, she said, "I could be the one overseeing the signing of bailout checks and vice president Biden could be on the road selling his book, 'Going Rogaine.'”

For full coverage of the event, you can find it all on the Another Black Conservative Blog http://anotherblackconservative.blogspot.com/2009/12/wise-crackin-palin-at-gridiron-dinner.html
Posted by Foxmuldar Blog at 7:54 AM